As you can (hopefully) tell, we try to keep self promotion on here to a minimum. With that said... we think we run the best developer IG account in the game and you should check it out. Unfortunately, we're not good looking enough to just take selfies with VSCode open in the background, so we're forced to improvise.

It's been 5.5 years... The world was fascinated with Manitowoc County, we were all arguing over what color a dress was, and the first commit was made to MobX. Things were a lot different in 2015, but last week's v6 release shows that MobX is still plugging away on its original vision of "simple, scalable state management."

Michel Weststrate (the Mob-Father himself) says that this release isn't jam-packed with new features but is more of a "consolidation on the current state of affairs in JavaScript".

Here are the major highlights:

v6 definitely seems geared towards making MobX more approachable for developers who haven't used it before, while doubling down on features that its long-time users love. It's a solid release from everyone's favorite state management solution (**besides component state, context, Redux, and Recoil).

Elsa - A New Runtime with a Modern Twist

The one true Elsa

You get a runtime! And you get a runtime! These new runtimes are popping up everywhere in 2020. Elsa is the latest one - it was released last week as a "minimal, fast, and secure" runtime for JavaScript and TypeScript that's written in Go. We're still waiting for the bloated, slow, and insecure runtime to be released. No word yet.

Here are the three main things that differentiate Elsa from The Anagrams™ (AKA Node & Deno):

1. Different engine: Instead of V8 (the JS engine, not the juice), Elsa uses QuickJS and ESBuild. QuickJS is a small and embeddable engine that claims a better startup time than V8, although it's not nearly as full-featured. ESBuild is an extremely fast builder and minifier that's also written in Go and was created by Evan Wallace, the CTO of Figma.

This combo of QuickJS and ESBuild could potentially make Elsa an attractive option for CLI apps even if it does mean that it's not the best option for other projects that require more runtime functionality.

2. Minimal but extendable: The Elsa team's goal was to create a runtime that could "fullfil the bare minimum requirements" for basic projects but still be extendable via plugins. A few features that aren't currently included, but could be added via extensions, include tools for formatting, linting, and analysis.

3. Not built by Ryan Dahl: At least we don't think it is. But it turns out that the 3 Elsa creators are all Deno contributors as well, so who knows.

Other noteworthy Elsa features include URL based imports, module caching, and the ability to easily bundle your script into a single file. Check out the full comparison of Elsa, Deno, and Node.js for more.

This project is still in experimental mode, so your co-workers will think you're extra smart if you deploy it to production. 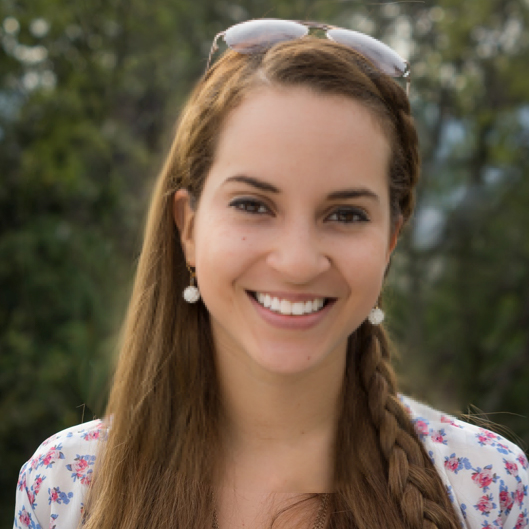 "I think there will definitely be more tools for no-code, more automation, and new major libraries, (5 years ago JQuery was super popular, today is React, I think the future will bring a new one). I also think we'll see simpler routing, deployments and maintainability, as well as more serverless development. Lastly, we'll continue to see a lot more mobile development."

Liz will be giving a ui.dev Event titled "Examining Observability in Node.js" this Thursday.

To get to the answer, let’s start by looking at the absolute fundamentals of React. What is React? It’s a library for building user interfaces. No matter how complex React or the React ecosystem seem to be, this is React at its core — building UIs. With this in mind, we arrive at our first definition, an "element". Simply put, a React element describes what you want to see on the screen. Not so simply put, a React element is an object representation of a DOM node.

In order to create a React element, we can use React’s createElement method.

When it’s rendered to the DOM (using ReactDOM.render), we’ll have a new DOM node that looks like this,

We're closer, but there's still one more pieces of knowledge we need to answer the question and that is how JSX works "under the hood".

Web browsers don't understand JSX, they do, however, understand JavaScript™. During compilation (usually with Babel), JSX gets transformed into regular old JavaScript (or more specifically, React.createElement invocations which we just learned about).

So finally, what do we call this, <Icon/>? We call it “creating an element” because after the JSX is compiled, that’s exactly what’s happening.

For a much more in-depth post on the topic, visit React Elements vs React Components