I hope you all had a great Pi Day yesterday without getting sucked into the hyper-capitalistic commercialization of it all.

Easily our most cursed meme yet

Gotta blast... into another major release for Electron. This update brings us to v12.0 and includes some major stack upgrades, along with a few other API updates and breaking changes.

Quick review: Electron was created by GitHub back in 2013 and quickly became the go-to option for building cross-platform desktop apps in JavaScript. The framework's bundling of Chromium and Node.js has led to some well-documented issues with size and performance, but if it's good enough for VSCode, Discord, and Twitch (The Developer Holy Trinity™), it's probably good enough for your Spotify clone.

At this point, the think pieces calling Electron "bloated" and "slow" kinda feel like the articles my mom sends me about Mountain Dew Baja Blast being "bad for my health" -- yes, I know that they're right, but if I need it, I'm probably still gonna use it.

Plus, Mountain Dew is the official drink of underage Olympic snowboarders, and Electron is the official framework of the Slack desktop app (which is the gold standard of performance...), so it looks like I'm in good company all around.

Coming in hot... esbuild just released v0.9 last week and has been getting a lot of hype recently, so we decided to write about it for the first time since our 4th issue last July.

Quick Review: esbuild is a JavaScript bundler and minifier that was created by Evan Wallace (CTO and co-founder of Figma) to be “orders of magnitude” faster than existing bundlers.

It turns out that by “orders of magnitude”, Evan means “100x faster than everyone else” (his words, not ours) – at least according to this benchmark.

The bundler/minifier is starting to be used in multiple well-known projects -- it was a big part of the most recent major releases from both Vite and Snowpack, for example.

What makes it so fast?

Let’s go straight to the README for this one:

v0.9 is a minor release that includes support for node's new exports field in package.json files, support for CSS banners and footers, a simplified JavaScript API, and more.

The release notes also mention that esbuild will always print a summary by default now, because (according to Evan), "people have this problem with esbuild when they first try it where it runs so quickly that they think it must be broken, only to later discover that it actually worked fine." champagne problems. 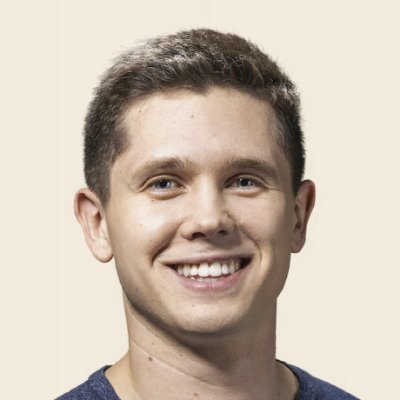 "Everyone compiles to WASM. JS tools have all been written in Rust. Vanilla JS is the new jQuery (old). If you're not using TypeScript or a typed-language, people frown at you. ReScript and Grain are the hot languages for building on the web."